You know it must be nothing short of transformational when Washington goes on the offensive over Beijing getting ahead in a telecommunications standard. But what is this new 5G future technology and why has it got the world’s two biggest economies at each other’s throats?

Let’s just say it’s a lot more important than allowing you to download the latest high-definition Season-1  of Ertugrul Ghazi on your smartphone in seconds. According to some experts, 5G could change the way we live forever.

A Brief Overview of 5G

Simply put, 5G means faster internet connections with huge capacity. 5G wireless networks will provide the connectivity backbone for a host of industrial “Internet of Things” applications that work on big data, such as AI-powered manufacturing and smart city processes and even the traffic infrastructure for a world where driverless cars are the norm.

“5G is a real revolution. Connectivity will become a platform and no longer a pipeline … [making it] possible to get everything online all the time and all the applications up into the cloud,” said Ken Hu, Huawei’s rotating chairman at the company’s analyst summit this week.

“Eventually the technology will help us to create a brand-new seamless experience between [the] online and offline [worlds].”

In China, for example, improved connectivity would enable the quality health care services of urban areas to be better distributed to far-flung rural areas. Moreover, 5G networks will also be able to support a growing number of connected devices in everyday life, from fitness-tracking watches to internet-linked televisions and smart speakers at home.

Don’t be Frightened, Coronavirus will be Over Very Soon…..!!

“Data is king. When companies digitise their processes and transactions, they can then drive more value from their data,” said Wilson Chow, head of global technology, media and telecommunications at PwC. “5G will provide the backbone for the proliferation and development of these digital journeys for many corporations.”

With so much at stake, maybe it’s no surprise that China and the US are now locked in a titanic struggle over leadership of the 5G race, as billions of dollars of economic benefits will accrue to those who can stay ahead of the pack.

Meanwhile, China, which has the world’s largest mobile market by the subscriber and network size, realises that the advent of 5G is its chance to get out in front for the first time in the development of wireless communications technology, an area that has previously been dominated by the US and Europe.

5G has been identified in China’s 13th Five-Year Plan as a “new area of growth”, and Shenzhen-based Huawei is currently the front runner in the race to supply 5G gear to telecoms companies around the world.

A recent paper by the Defence Innovation Board, an independent federal advisory committee of the US Department of Defence, said that “the leader of 5G stands to gain hundreds of billions of dollars in revenue over the next decade, with widespread job creation across the wireless technology sector.”

“The country that owns 5G will own many of these innovations and set standards for the rest of the world … that country is currently not likely to be the United States,” the paper concluded.

Broadly speaking, the applications of 5G technology could be endless, turning the most mundane of devices smart and translating everyday occurrences into quantifiable data.

For example, with 5G, traffic management systems could become much smarter, with traffic signals changing based on real-time traffic patterns monitored by a variety of cameras and sensors.

ZTE to boost 5G, cybersecurity initiatives after a record US$1 billion loss in 2018

Smart meters that measure water and electricity usage will become much more widespread thanks to 5G’s ability to support thousands of device connections at once.

Virtual and augmented reality, technologies long talked about for their potential but which have been held back by the capacity and latency [the delay before a transfer of data begins following an instruction] of existing wireless networks, may finally have a shot at going mainstream under 5G.

It some ways, 5G can be likened to how the advent of electricity enabled industrial productivity on scales never before seen. Except that in the coming revolution, the power behind production will be data, not watts.

To be sure, 5G will need to undergo a reality check, and operators will have to work out what services people are prepared to pay for.

“We talk about a lot of potential applications, but operators are still not ready for that, there is no clear understanding yet of how to address the opportunities,” said Gartner’s senior research director, Peter Liu. “Right now there is still an understanding needed about what is hype and what can be a reality.” 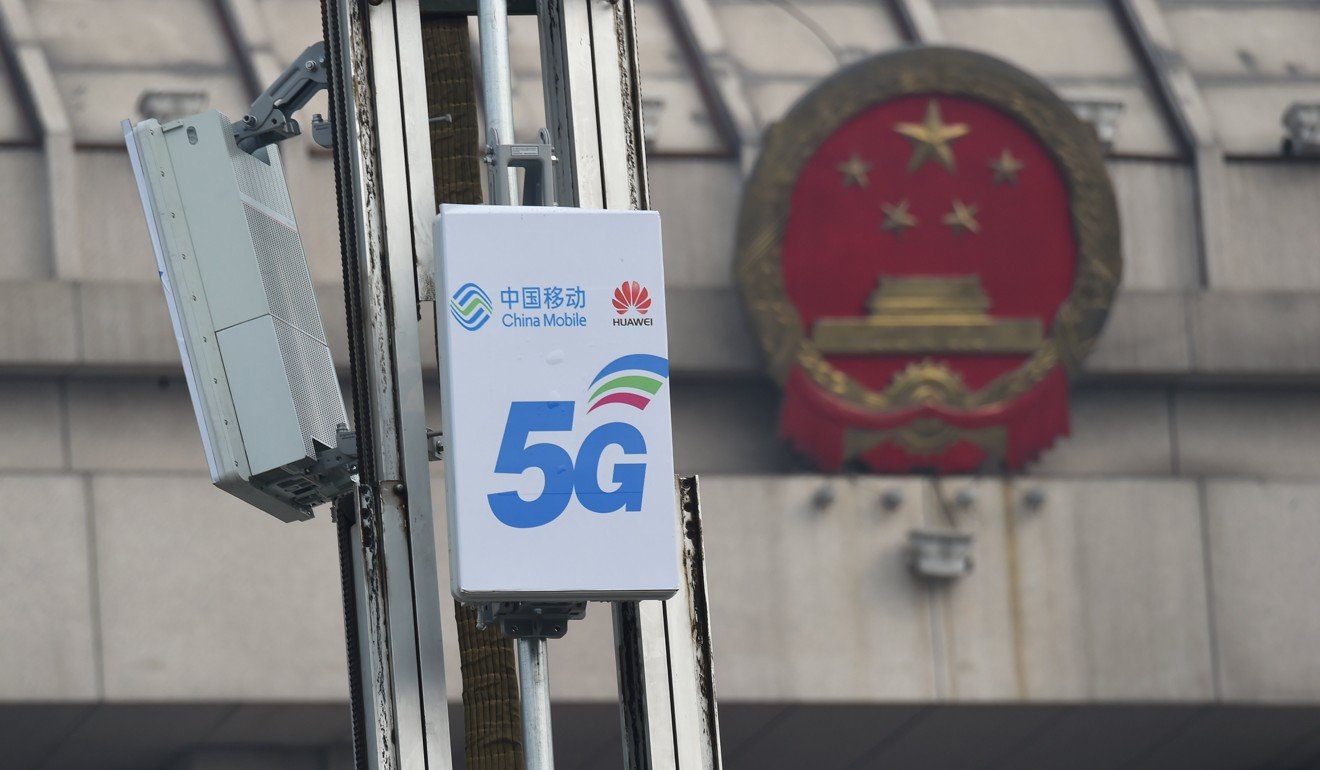 Meanwhile, the US and China are also seeking to harness 5G technology to enhance their military prowess.

In November last year, China established the 5G Technology Military-Civil Fusion Applications Industry Alliance, including members such as ZTE, China Unicom and the China Aerospace Science and Industry Corporation, which aims to develop both defence and commercial 5G applications in the country.

“As a number of Chinese defence academics and engineers have postulated, 5G could improve battlefield communications with faster and more stable information transmission, increasing the timeliness and integration of information,” wrote Elsa B. Kania, an adjunct fellow with the technology and national security program at think tank Centre for a New American Security.

The US military has also seen the potential advantages 5G can offer in the field of battle.

In the paper by the Defence Innovation Board, it is argued that a single 5G network could help the Department of Defence promote “improved situational awareness and decision making” that will strengthen nuclear command and control and communication while enabling new technologies like hypersonic weapons and hypersonic defences to be deployed.

Role of Huawei in 5G War Of dominance:

Huawei has found itself at the epicentre of this clash of the titans.

According to estimates, Huawei has a 28 per cent share of the world’s telecoms market, and data from German firm IPlytics shows that Huawei is the company with the most 5G standard-essential patents, at 1,529, followed by Finland’s Nokia at 1,397.

If China is able to set foundational infrastructure and standards for the world, then future products will also be based on those specifications. Having the benefit of patents in 5G technology and being a leader in standards would translate into the ability to build an ecosystem of network providers, device makers and application developers and create thousands of jobs in the process.

What does America afraid of?

Amazon Workers Are Listening to What You Tell Amazon Alexa

China’s push into 5G and Huawei’s dominance in the global market has made the US uneasy, mostly over fears that Chinese equipment in networks would make it easier to penetrate by China’s intelligence agencies.

The US, alarmed by China’s early lead in 5G technologies and standards under national champions Huawei and ZTE, has spent recent months urging allies such as the UK and Germany not to employ Chinese technologies in its 5G networks as – according to Washington – this would present a national security risk, while simultaneously fretting over its own competitiveness.

Huawei for its part has repeatedly and vehemently denied that it would acquiesce in any attempt to compromise the security of its network gear to aid spying efforts by China.

“In the current 5G competition … neither the Department of Defence nor the United States is in a position to dictate the content and integration of the 5G supply chain,” it said, adding that there is a possibility that the rest of the world will accept Chinese products as “cheaper and superior”.

While the jury is still out on who will control the 5G field, experts are mostly united on the technology’s transformative potential.

“5G is a new platform for innovation, with its massive capacity and removal of latency [delays in data transfer] as barriers,” said Julian Gorman, the Asia-Pacific head of GSMA, a trade body that represents mobile network operators worldwide.

“We’re sitting here looking at 5G through the eyes of someone who has only experienced 4G. But the next time we look at 5G through 5G glasses … it will change the way we interact with each other and with machines.”

WhatsApp is Finally Getting a Much Needed Feature

Zoom is Finally Adding End to End Encryption Next Week

Oppo will Introduce its first Smart TV on 19th October

Everything you need to know about eggs

How to Register and login at FBR IRIS ?

ABOUT US
We publish the latest News and research-based, informative articles. Our main focus is the hidden talent and purity in our Nation also keeping a close eye on the shortcomings and highlighting them as much as possible until they were addressed and rectified.
Contact us: [email protected]
FOLLOW US
© Copyright 2019 - www.pakistanfront.pk
error: Content is protected !!